Ladybird books: who were the artists?

Click here for bio and information on specific artists

There won’t be many of us who grew up in Britain between the 1950s and 1980s who don’t have some memory of Ladybird books. Over those years, wherever there were children there were probably Ladybird books and, through their vivid artwork, they helped shape the background imagery of many childhoods.

That’s certainly how it was for me. I was born in 1964, the same year that Ladybird books started to publish its most popular fairy-tale books and the ‘Peter and Jane’ reading series books, so their imagery coloured my world. 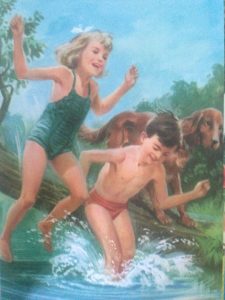 I’m sure that my idea of beauty was shaped by evaluating Cinderella’s ball dresses, Jane felt like my friend and Peter looked like a tidier version of my own big brother. 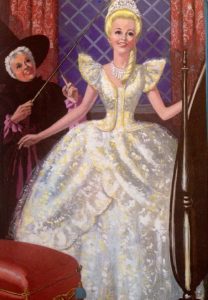 As I grew up, the Ladybird books History and Achievements books were the backbone of most of my school projects and I can even remember The Story of Medicine helping me through a particularly challenging O-Level exam question.

Of course, then I took this all for granted. It was only much later, when I myself was a mother that I began to appreciate what excellent books they were. One day I intercepted a bag of second-hand children’s books which a friend was taking to a jumble sale.

Pulling out a couple of battered old copies, I showed them to my baby son. Instantly I noticed that his engagement with the imagery of these vintage Ladybirds was on a different level.

As his eyes scanned back and forth over the beautifully crafted pictures, crammed with realistic detail, I resolved to pick up more of these ‘vintage’ books – and so my collection and my interest began.

Initially I wanted to find out more about the history behind the books, which itself is a remarkable story. The company that was to become a phenomenon in children’s publishing had an unlikely start as a diverse local print and stationery business in Loughborough, Leicestershire.

During the early days of the Second World War, necessity became the mother of invention for the company, then called Wills & Hepworth.

As the supply of commercial print work dried up and with paper also in short supply, it was discovered that a whole book could be produced from one large, carefully laid out sheet of paper.

This new venture proved to be a commercial success and the plan to abandon book publication after the war was eventually dropped.

But it was largely due to one man’s vision and conviction that children’s book publication eventually replaced all other aspects of the business. Douglas Keen, returning to Wills & Hepworth as a salesman after war-service, spent much of his time talking to book retailers, librarians and school head teachers and he soon came to the conclusion that Wills & Hepworth was missing a trick.

There was a shortage of well-made, colourful and robust non-fiction books to meet the demands of the burgeoning education market. 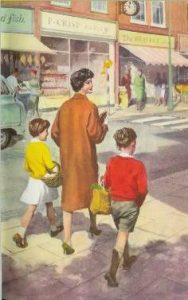 Keen’s attempts to convince the directors initially fell on deaf ears so, undeterred, he decided to produce a prototype, non-fiction Ladybird book, aimed at the older child. His choice of topic was one that interested him personally – British birds – and he wrote the text himself. His mother-in-law and wife, both talented amateur artists, were asked to produce the illustrations.

This prototype served its purpose; the directors were finally convinced and in 1953 British Birds and their Nests, written by naturalist Brian Vesey-Fitzgerald and illustrated by Allen Seaby, was published. It was a great and immediate hit and set the company upon the path to extraordinary success. 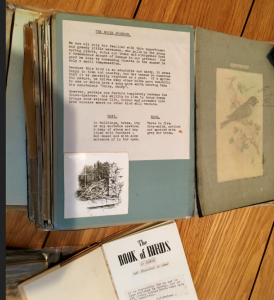 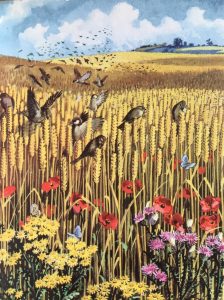 For many years the Ladybird book format remained the same, a deceptively simple combination of lively, concise, informative text on the left and a full-page, colourful illustration on the right.

But for me, the magic always lay principally with the illustration. So who were these remarkable artists who conjured up this colourful and engaging backdrop to my childhood?

For years information on this has been very fragmented. Serious records of children’s illustrators of the 20th century have tended to overlook the illustrators of Ladybird books.

Some of the artists, such as C F Tunnicliffe, S R Badmin and John Leigh-Pemberton are well known in the art world. However, when it comes to many of the other artists, despite the enormous impact they may have had on so many childhoods, it has been an area largely left to the hobbyist and the blogger, such as myself, to collate and record their story.

At the time that the books were first produced, it was to the commercial artist and not the photographer that a commissioning editor would turn. Work might have been plentiful, but it was very competitive. 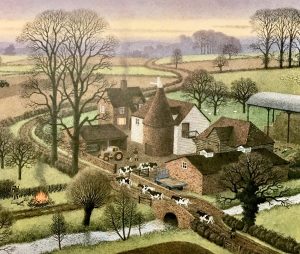 For the next 20 years, Keen remained at the heart of the editorial process and it was his instinctive ability to recruit the best artists for his purposes and then to match artist to commission that underpinned Ladybird’s success over these years.

This is the story which was told for the first time in Kent this summer at the Ladybird Artists exhibition in Canterbury and has sinced travelled to different locations around the country.  It is still touring.

The exhibition sets these artists in context and highlights other work that they produced.

John Kenney, for example, who illustrated most of the History books for Ladybird, also illustrated Thomas the Tank Engine. Ronald Lampitt, who lived most of his life in Kent and loved the local scenery, painted many beautiful and evocative scenes of country and suburban life for publications such as Illustrated, John Bull, Look and Learn and Readers Digest.

Harry Wingfield and Martin Atichison are today perhaps best known for illustrating the Peter and Jane books that taught so many of us to read. But Aitchison’s wartime service saw him working with Barnes Wallis, producing artist’s impressions to help sell the idea of the Dambusters bouncing bomb – which was tested at Reculver.

John Berry had a great gift for portraiture and this can be seen in his powerful portraits of People at Work for Ladybird Books. It can also be seen at the Imperial War Museum, where his wartime work as a war artist and portrait painter is still on display today.

Frank Hampson created the character of Dan Dare and was at the forefront of The Eagle magazine for many years.

For many years I have been collecting original artwork, artefacts and stories about these artists and their world and I am delighted that The Beaney House of Art and Knowledge first gave me me the opportunity to share this fascinating story.

Exhibition The Wonderful World of the Ladybird Book Artists is touring.  It’s on in Ayr in Scotland until Spring 2021 and then will move to Gloucester.