The Story of our Churches and Cathedrals was first published in 1964 and was the 8th title in the long-running Achievements series, 601.  It was illustrated by the brilliant visual-storyteller Robert Ayton and was written by Richard Bowood and was the last book in this series ever to have originally been published with a dustwrapper.

This books was then later re-published in series 649.  This book states that it is in series 601.

This  is a matt copy.    It is in really very good condition inside and out.  It dates from the 1960s and has the original price of 2/6 printed inside

Categories: £3 or under, £3.00 books, Bible and Religion, History, Matt cover 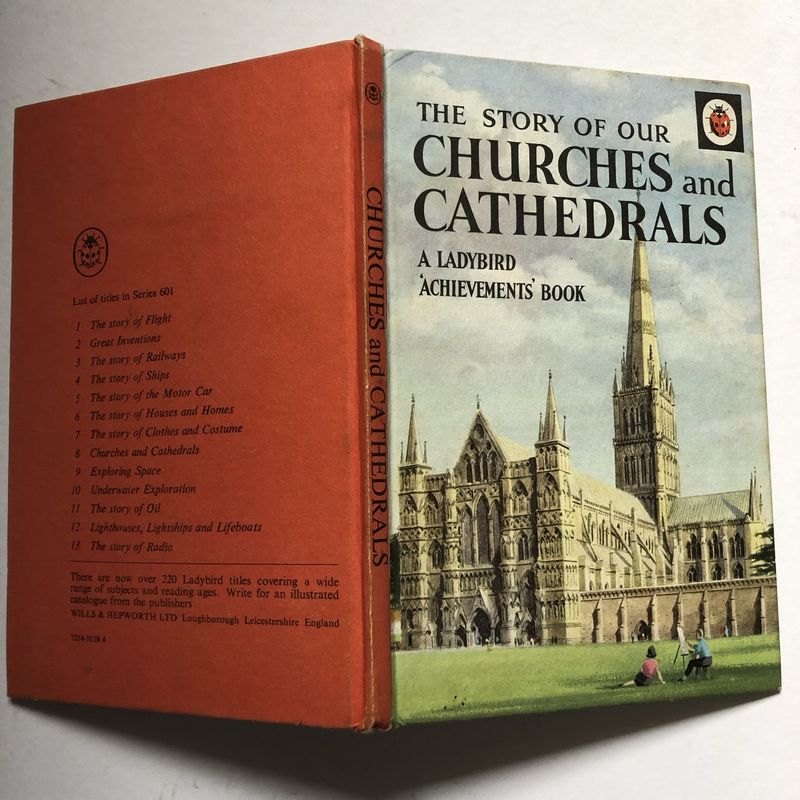