Why did Ladybird become so successful through the 1950s and 60s? 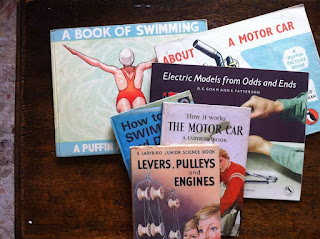 With the steer of Douglas Keen, Ladybird began to commission more and more non-fiction titles.  These titles clearly filled a gap in the educational market and I have read articles that imply that Ladybird were unique in their offer to this sector.  But recently my husband came back from a car boot sale and produced some Puffin Picture Books, which I found intriguing.

The titles looked very similar to Ladybird titles, they seemed to have the same market in mind and the dates were much earlier than I had realised – one of them, published in 1946) even pre-dating Ladybird’s venture into non-fiction.

In the picture above you can see 3 Puffin Picture Books and their (later) Ladybird equivalents.  Clearly when Ladybird came along, Puffin was already  occupying the space in the publishing market – non-fiction for children – that was to be dominated by Ladybird for the subsequent few decades.  And they cost less money – between 1 and 2 shillings.

So then, why did Ladybird go on to achieve such phenominal success – leaving Puffin to move across and to focus mainly on the fiction paperbacks, overseen by Kay Webb, that I remember so vividly from a 1960s/70s childhood? 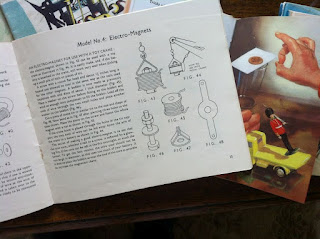 I think the answer becomes clear when you open up one of the Puffin Picture Books.

Although there are some colour pictures in the Puffins – the primacy and attractiveness of the Ladybird illustrations is of quite a different order – as you can see from the picture on the right: one from “Electric Models from Odds and Ends” and one from the Ladybird Junior Science series.

It’s all about the artwork.