This book is something of an oddity – of interest to collectors.

It is a Spanish version of the revised style ‘Elves and the Shoemaker’ with accompanying cassette, produced under the name ‘Super Cuentos’ and without the Ladybird logo much in evidence (although the back of the pack makes it clear that it has been produced in association with Ladybird Books and Pickwick International – who produced the cassettes for Ladybird from the 1980s onwards.

Remarkably, it is still in its packaging – unopened – so presumably book and cassette are in mint condition. 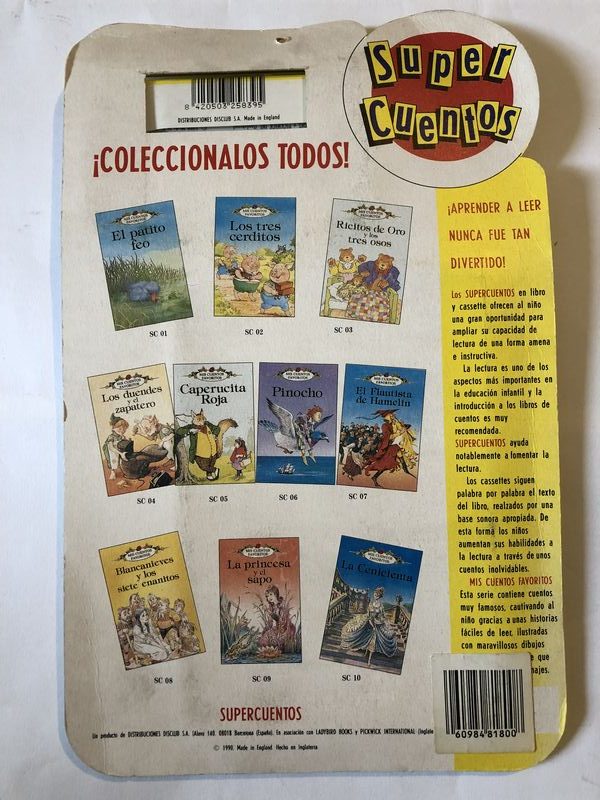