‘Guess What?’ was the 6th book of the 6 ‘Sunstart’ books.  It was first published in 1975.  The idea for the series was to make a sort of mini Peter and Jane series (also written by William Murray) but using two black children as the main characters (Joy and Ken).  The books were designed to be read both by children at school in the West Indies but also by children in the increasingly ethnically diverse British schools of the 1970s and 80s.  Artist Martin Aitchison was actually sent to the West Indies for a some time to produce illustrations for the book.  He remembered these illustrations as among his favourite experiences in his long career with Ladybird.  But the books did not sell well and are not so easy to find today.

This copy has glossy, laminated boards.  It’s in excellent condition inside and out.  This copy was issued after the 1980s. 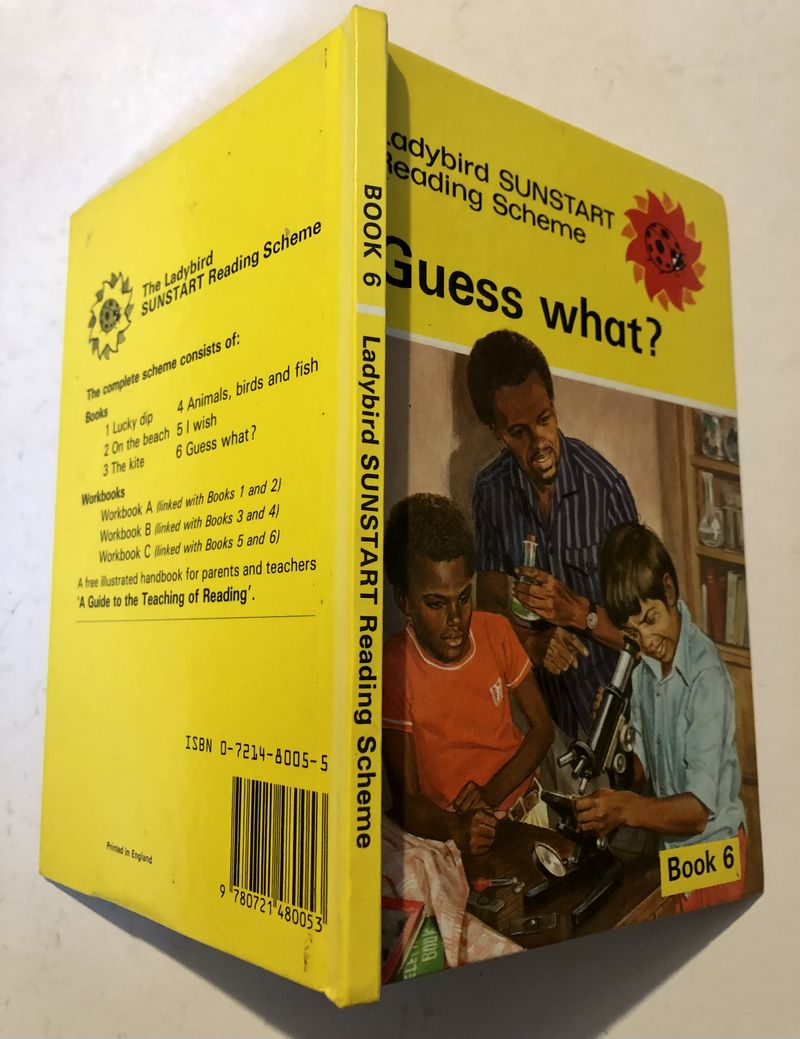