Jesus the Helper, Series 606a

Jesus the Helper, 1960 was the first book to be issued in series 606a.  (Other bible stories are to be found in an earlier Ladybird series: 522.)

It was written by Hilda Rostron, illustrated by Clive Uptton and was originally issued with a dustjacket.  Uptton also produced many similar bible-story illustrations as the main illustrator for Treasure magazine and as a regular contributor to Look and Learn.

The odd spelling to his surname was to avoid confusion with another artist – to distinguish himself, he simply decided to double the ‘t’.

This matt copy is in in just fair-good condition.  The spine is worn and has some minor damage and the corners and edges are also worn.  There’s a name, a mark and an inscription on the front endpaper but the rest of the pages are clean.  It dates to the early-1970s and the price of 15p on the back. 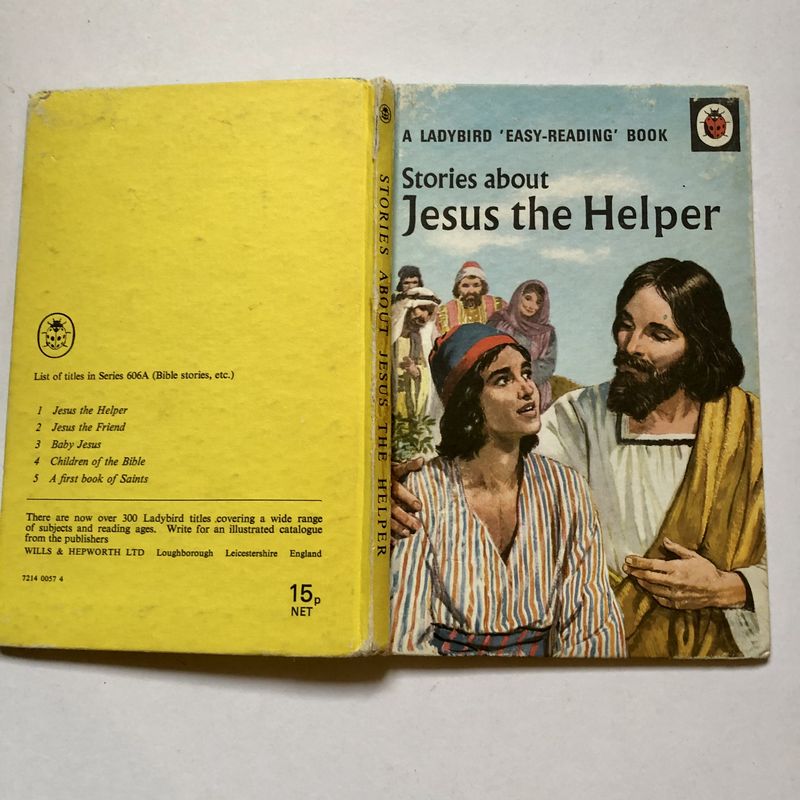