The Story of Railways was first published in 1961 and was the 3rd title in the long-running Achievements series, 601.  It was illustrated by the brilliant visual-storyteller Robert Ayton and written by  Richard Bowood.

You get the feeling from the illustrations that Ayton had particular fun with these early titles – there are coming scenes to spot in so many of the pictures and this is perfect to attract and hold the attention of children.  How many school projects did these books underpin in the 1960s and 1970s I wonder?

This book was originally issued with a dustwrapper.  As with so many of the technology-focused books, it was revised a few years after publication to reflect the fast changing pace of technological change.  This is the revised version, from 1969

Matt boards.  It is in good inside and out but for a name on the front endpapers and a grubby mark on the back cover (see photos).  It dates from the late-1970s and has an original price of 50p stamped on the back. 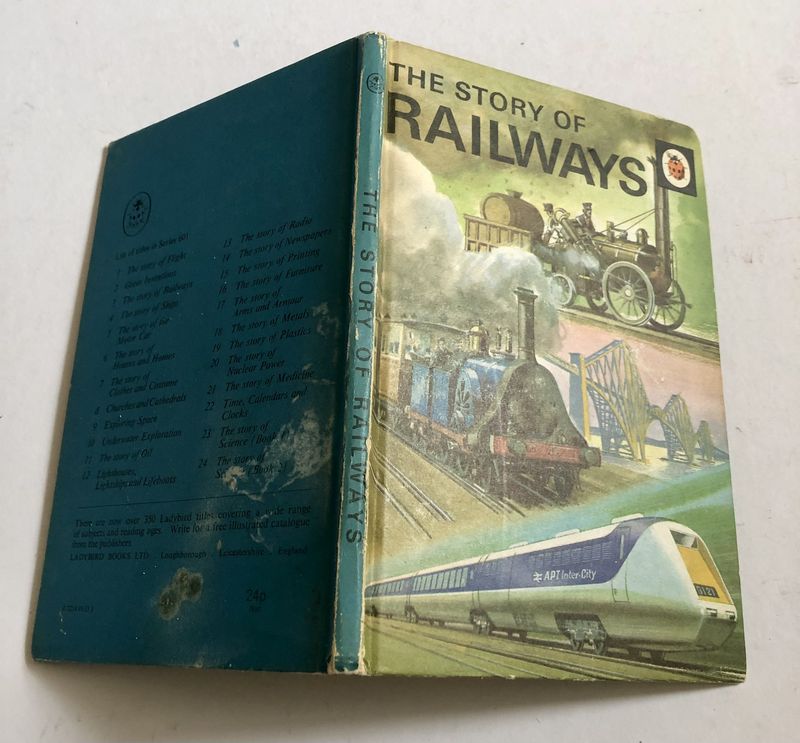