Ladybird Children’s Classics, Around the World in 80 Days, 1982

Ladybird Children’s Classics, Around the World in 80 Days, 1982

The Ladybird Children’s Classics series caused a bit of a stir when it first came out in the late-1970s, but it proved to be a long-running series and was presumably popular.  I believe many commentators of the time were very much against the ‘dumbing down’ of these books, which took classics of children’s literature and wrote them in simplified form and Ladybird format.  The counter-argument is, of course, that the series worked as an introduction to books and writers that children might otherwise not come across, at a period when TV was rapidly replacing books as a child’s staple of entertainment.

This copy has the original matt boards and is in very good condition inside and out. 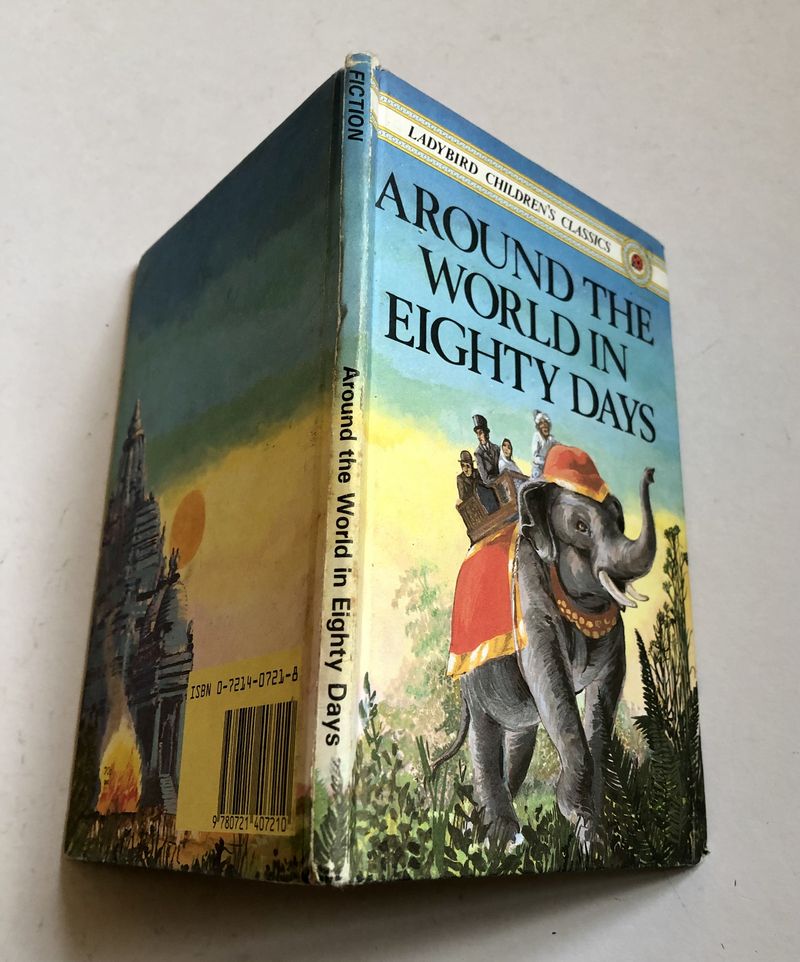