The books pictured show 16 different titles.  They are sold below as individual books, not as a group.  See the items listed below.

The original series of Well Loved Tales, series 606d, were produced between 1964 and 1974.  They were all written by Vera Southgate and all but one were illustrated by Eric Winter or Robert Lumley (The first version of Princess and the Frog was illustrated by ‘Capaldi’).

By the time that 27 books had been produced, the company had been sold to a large conglomerate who wished to ring the changes over the traditional Ladybird format.  As a result, the books in series 606d changed style.  The covers were all a uniform green colour and the illustration style was much lighter and more cartoony.  The text and illustrations were no longer contained on separate sides of the page.  New titles were issued in this format – and other titles from the original 27 books were re-issued and re-illustrated (usually retaining the original Vera Southgate text).

The books sold on this page are all in the later (post-1979) format. Some have matt covers but most have laminated covers.

The books here will all be in strong, serviceable second-hand condition – with ‘good’ condition as a minimum.  There will be knocks and bumps and the odd small blemish or owner’s name.   The book you receive may or not be the exact copy pictured – this saves me time and allows me to keep the prices down – but they will all be much of a muchness. 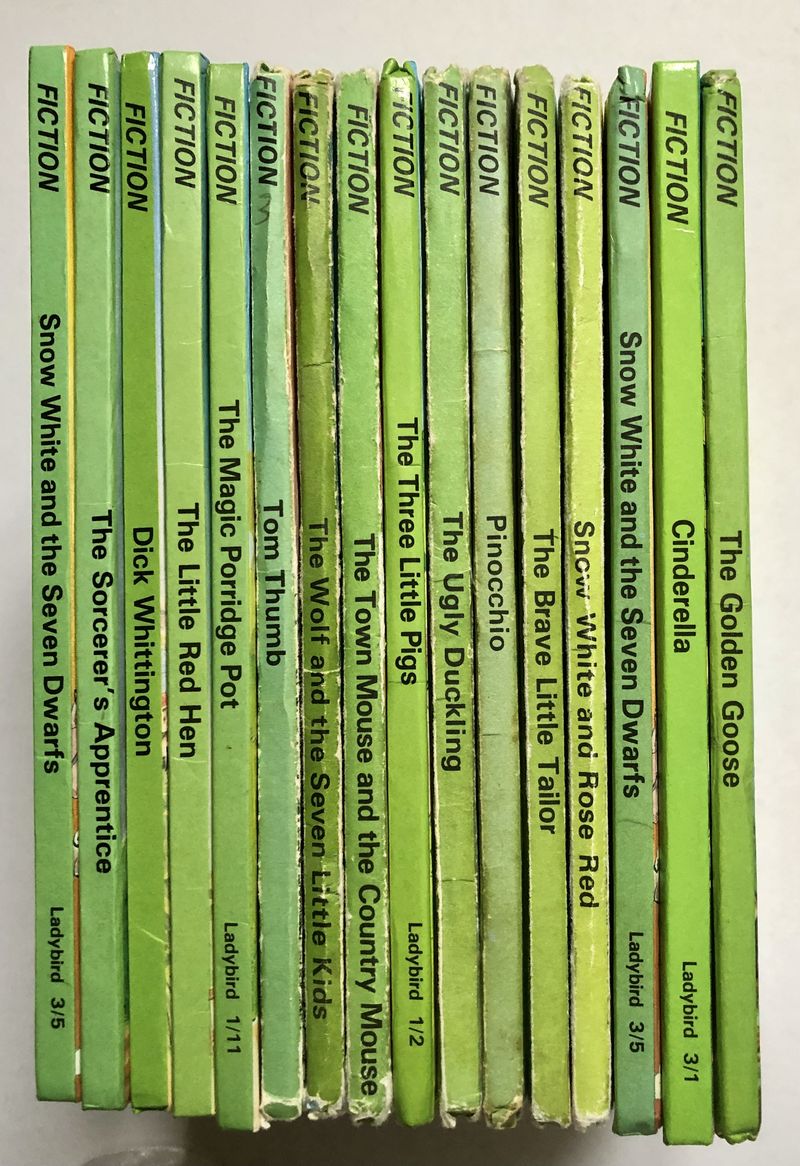 All the books are in at least good, usable condition – many will be Very Good or better.  There may be an owner’s name or dents or minor problems but all the books here will be sound and serviceable.